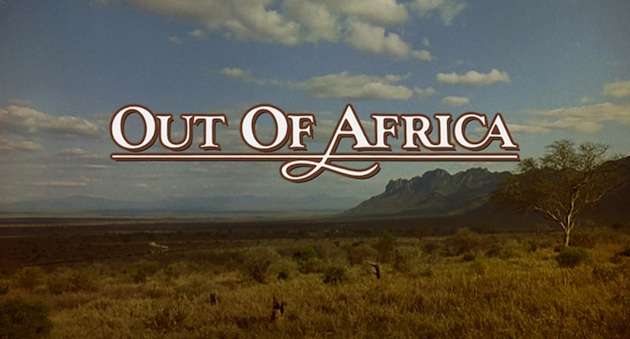 Translation is a tricky thing. Meanings are missed. Words slip.

It’s possible that King Goodwill Zwelithini said that foreign nationals are valued contributors to the economy, and the translation just came out a bit wonky.

It’s even possible that you and I were asked if we wanted R148,000 of our taxes paid to Zwelithini every day of every year for the rest of his life (because that’s happening), and we just didn’t understand the question.

But there was no translation required when Setlamorago Thobejane, the president of the Council of Traditional Leaders of South Africa, revealed that King Goodwill is not a lone voice.

Speaking to the SABC this week, he explained that “all” of South Africa’s kings had asked Contralesa to raise the issue of foreigners. And these weren’t royal whims, either: the monarchs were simply passing on what their subjects were saying.

If this was true, and not just an attempt to shift the focus from the Zulu king, then it suggests that the pogroms against foreigners are only just beginning.

Is this a uniquely South African problem? I don’t know. But I suspect we might have our own particular brand of xenophobia, shaped by our particular history and geography.

Many of those trying to understand the current violence have focused on South Africa’s deeply rooted sense of exceptionalism, that widely held belief that we are somehow special. Exceptionalism, and the instinctive us-versus-them mind-set it fosters, has complex roots, but writer Sisonke Msimang offered a particularly succinct analysis in her 2014 essay ‘Belonging – why South Africans refuse to let Africa in‘.

“Just as whiteness means nothing until it is contrasted with blackness as savagery,” she wrote, “South African-ness relies heavily on the construction of Africa as a place of dysfunction, chaos and violence in order to define itself as functional, orderly, efficient and civilised.”

I think Msimang is entirely correct. But follow her train of thought to its logical conclusion and we arrive at a place where unity is as far out of reach as ever.

Some activists have blamed xenophobia on the existence of national borders, pointing out, rightly, that most of our current borders are arbitrary lines drawn on a map by Europeans. And yet what are continents if not arbitrary lines on a map?

It was the ancient Greeks who decided that Africa, Asia and Europe were separate things, despite the fact that, at the time, you could walk from the southern tip of Africa to the northern edge of Europe to the eastern shore of Asia without ever getting your feet wet. “Continent” means continuous. It’s all one chunk of land. That’s how we populated the planet. We walked out of the southern bit and wandered into the northern and eastern bits.

Worse, it’s no guarantee that xenophobia will end. Replacing nationalism with continentalism might feel seductively ubuntu-ish, but all that’s happening is that the “us” and “them” camps are growing vastly larger. Regional identity is bulldozed in the name of pan-continental solidarity, creating bizarre geographical blind spots. You Egyptians and Libyans think you’ve got shared history with Greece and Italy? Wrong! Greece and Italy are Them. You’re Us. Therefore you’ve got much more in common with South Africans and Zimbabweans.

This is why we will struggle to eradicate xenophobia. It’s hardwired into our basic conception of the world. Our political systems are saturated with it. Certainly, some of our leaders have belatedly said the right things, but politicians know that they can’t exist without a slow-burning, low-key form of xenophobia holding sway over the public. Even in the healthiest and most unified democracies they frighten us with the subtle bogeymen of xenophobia: if the Others come into power, things will be Different. They’ll come in here and Change things, and then everything will be broken.

Political parties are gangs, and politicians are gang bosses. Their livelihood depends on continuously highlighting the merits of being an insider, the coherence of the group, and on demonising outsiders.

Perhaps, in the face of so much ignorance and anger, the only solution is to try to look beyond the party, the border, the coastline, to see the human on the other side. I recently heard of a guru who was asked: “How should we treat others?” He replied: “There are no others.”

That would be a start.

First published in The Times and TimesLive

2 thoughts on “There are no others”